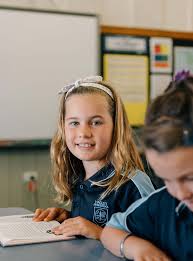 More than one-fourth of Tasmanian students have announced they get low degrees of rest and nutrition in an extensive study released on Wednesday.

The 2019 Student Wellbeing Survey was finished by 28,600 Tasmanian students from evaluations four to 12.

Thirty-six percent revealed an elevated level of fulfillment with life and only 30 percent said they had positive emotions regarding their body.

Fourteen percent of students accepted they had a low feeling of prosperity about wellbeing inside their school.

Twelve percent of evaluation four students accepted they didn’t get satisfactory nutrition before school and 21 percent communicated worry over their resting propensities.

At the opposite finish of the range, 38 percent of year 12 understudies revealed a low degree of dietary prosperity and 35 percent announced low degrees of sleep.

Thirty-seven percent of year 12 students had a positive view on future objective arranging.

Education Minister Jeremy Rockliff said the overview would be directed every year and its information would be utilized to actualize understudy based and expert learning programs.

“Schools will work closely with families and the broader school community to understand the wellbeing data and use it to positively impact students,” he said.

Tasmanian Children’s Commissioner Leanne McLean said the size and extent of the review was a first for the state.